Risks of TNF-Inhibitors that You Must be Aware of

TNF-inhibitors or Tumor Necrosis Factors inhibitors are the types of drugs commonly used for the treatment of immunological disorders. The use of TNF-inhibitors is most often recommended for treating patients with rheumatoid arthritis and lumbar spondylosis.

However, while TNF-inhibitors may help to temporarily reduce inflammation in the joints and relieve the symptoms of these diseases, it is also known to cause serious side effects. Hence, it is important to be aware of the risks of using TNF-inhibitors in order to prevent the long-term impact of these medications on your health.

Let us have a look at what TNF-inhibitors are and the side effects caused due to them. We will also look at the safer alternatives for TNF-inhibitors that would help you derive better long-term results. 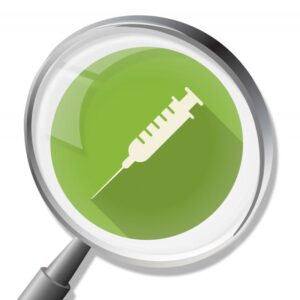 Look closely at the risks of TNF-inhibitors so you can better navigate potentially safer and more effective alternatives.

TNF-inhibitors are medications used to regulate the response of the immune system in patients who suffer from autoimmune disorders.

These medications are also used to treat joint diseases caused due to inflammation.

TNF-inhibitors work by inhibiting the action of tumor necrosis factors and pro-inflammatory substances released by immune cells thereby protecting healthy tissues against further damage. In layman’s terms, they reduce the “overreaction” of your immune system and the subsequent inflammation.

However, long-term use of TNF-inhibitors may affect other immunological functions and increase your risk of health issues, especially infections.

Let us learn more about the risks of TNF-inhibitors and safer and more effective alternatives you can choose.

What are the side effects and risks of TNF-inhibitors? 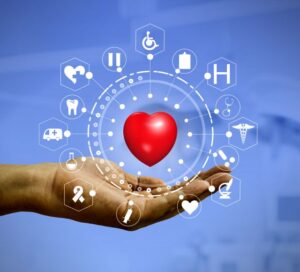 Your immune health is linked to a wide range of different health issues and systems in your body.

TNF-inhibitors primarily work by affecting the functions of the immune system. These medications can reduce the efficiency of the immune cells to fight cancer. Long-term therapy using TNF inhibitors may predispose patients to impaired immunity, which can result in an increased risk of cancer and repeated infections.

TNF-inhibitors can impair the ability of the immune cells to destroy cancer cells by inhibiting the action of tumor necrosis factors. This can allow cancer cells to grow and spread uninhabited.

Hence, the use of TNF-inhibitors is not advisable for patients who are suffering from cancer or have a higher risk of developing it.

Research studies have revealed that the use of TNF-inhibitors may affect the production of B-lymphocytes in the bone marrow. Lymphocytes play a vital role in protecting the body against disease development.

TNF-inhibitors may also cause profound defects in the functions of the B cells as demonstrated by the abnormal antibody response to vaccination.

A weak response of the immune system due to improperly functioning B cells was also reported in patients who were administered TNF-inhibitors. These medications were also shown to reduce the effectiveness of T-cell dependent vaccines, possibly due to an indirect effect produced by them on antibody production.

These studies have revealed the risks of TNF-inhibitors and suggest that the use of safer alternatives could be beneficial for patients. 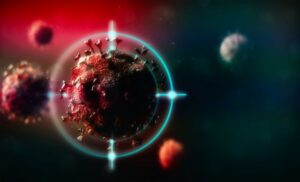 TNF-inhibitors are often prescribed to patients who suffer from inflammatory bowel disease, psoriasis, and other autoimmune disorders. Autoimmune disorders occur due to the faulty response of immune cells against the body’s own tissues. These cells fail to identify the healthy tissues and attack and destroy them.

Research studies have revealed that TNF-inhibitors can increase the risk of serious bacterial and fungal infections like Coccidioidomycosis, Cryptococcosis, Histoplasmosis, Pneumocystis pneumonia, and Invasive Candida infection.

Hence, patients should be cautious about the use of TNF-inhibitors. They may choose safer medications to manage lumbar spondylosis, rheumatoid arthritis, and other autoimmune disorders that work by improving the immune system response rather than suppressing it.

BioPro-Plus is an immune-modulating supplement that could help you to balance immune function without experiencing the risks of TNF-inhibitors.

BioPro-Plus both helps to boost the normal functions of the immune system but also allows a natural dip, so not to overstimulate. It could help to support the ability of immune cells to fight inflammation without causing suppression of its activities against pathogens or cancer cells.

BioPro-Plus is also formulated to aid in enhancing the healthy production of B lymphocytes and other cells in the blood. This could help you avoid joint pain and other symptoms caused due to lumbar spondylosis or rheumatoid arthritis in a safe and effective manner.

Enjoyed This Science Article on the Risks of TNF-Inhibitors? Keep Reading More:

The Role a Healthy Immune System Plays in Cancer Prevention