How does the immune system worsen the causes of OCD?

OCD or Obsessive-Compulsive Disorder is a psychological disorder in which a person feels the urge to do something and/or check on some things repeatedly. It is characterized by the occurrence of some emotions or thoughts again and again. The immune system of a person has been found to play a role in triggering the causes of OCD that can also make the symptoms of this condition worse.

Some of the common activities people suffering from OCD usually perform include repeated counting of things, hand washing, and checking whether they have left the windows or doors open.

People suffering from OCD are often unable to control themselves from having repeated thoughts and performing such activities as a ritual.

Individuals with OCD often face one or multiple problems due to this condition. For example, OCD can make it difficult for children and working professionals to attend school or offices. OCD may also impact the patient’s social life and personal relationships. Hence, it is important to identify the immunological causes of OCD and correct the underlying abnormalities to overcome these symptoms. Let us have a look at the role of the immune system in the development of OCD.

What are the immunological causes of OCD? 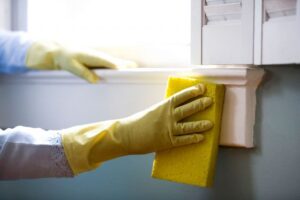 One common OCD symptom is always cleaning because you’re always worrying about being contaminated by germs or dirt.

Several research studies have been conducted to identify the possible alterations in the immune system functions in patients with obsessive-compulsive disorder. It has been found that there is a link between the development of Group A Streptococcus (GAS) infection and a group of clinical syndromes or symptoms characterized by mild to moderate neuropsychiatric symptoms called PANDAS (Paediatric Autoimmune Neuropsychiatric Disorders) associated with streptococcus in children.

Several immunological parameters have been found to be related to the development of these conditions in children diagnosed with OCD. The results of this research have provided evidence that some abnormal immune processes could be responsible for triggering the causes of OCD.

This study has provided a possibility that the treatments aimed at correcting immune system functions could offer a breakthrough in the effective management of OCD.

Research studies conducted to review the immuno-inflammatory hypothesis in patients with OCD have provided interesting findings. It has been shown that there is a concurrent incidence of infectious stigma, autoimmune comorbidities, and raised levels of pro-inflammatory markers like cytokines in a significant subset of patients with OCD.

The results of this study have suggested that a better understanding of the immune system dysfunctions could help physicians offer personalized strategies to overcome the symptoms.

It was also observed that patients with OCD usually have persistent low-grade inflammation due to the involvement of the innate and adaptive immune systems. The presence of higher levels of inflammatory markers and neural antibodies was also linked to immune system dysfunctions.

The increased incidence of auto-immune and neuro-inflammatory disorders further raises the suspicion about the role of the immunity in worsening the development of OCD.

Hence, specific treatments targeting the immunological causes of OCD have been advised to control inflammation and infections as a feasible alternative for the management of this condition. 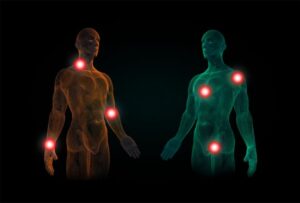 Research emphasizes identifying infectious triggers that can lead to the onset or exacerbations of OCD as well as the biological measures for immune susceptibility to develop this disorder.

Clinical research aimed at evaluating the benefits of immunotherapy in patients with OCD has offered encouraging results. It was shown that some types of immunotherapies including antibiotic prophylaxis could reduce the recurrence and exacerbation of the symptoms of OCD significantly.

This study emphasizes on identifying infectious triggers that can lead to the onset or exacerbations of OCD as well as the biological measures for immune susceptibility to develop this disorder.

The findings of these research studies have suggested that correcting the immune system abnormalities could help prevent the causes of OCD and even reduce the symptoms caused due to this condition. Patients diagnosed with OCD can use immunity-boosting supplements such as BioPro-Plus to regulate their immune system functions.

BioPro-Plus is designed to help to enhance the normal functions of the innate and adaptive immune systems and aid in controlling the activities of immune cells. Regular use of this supplement is expected to provide significant relief to patients with OCD.

How are immune system dysfunctions linked to the causes of Fibromyalgia?