Emphysema is a chronic pulmonary disorder that develops gradually over a period of several years and causes considerable damage to the lungs. Since it is a lung disorder known to cause breathing difficulties, most people believe that the risk factors for developing it are linked only to smoking and exposure to pollution. However, the fact is immunological abnormalities can also trigger the causes of emphysema and even contribute to the worsening of this condition. Here is a brief discussion about the role of the immune system in the development of emphysema.

Immunological abnormalities linked to the causes of emphysema 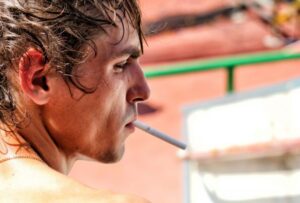 The release of neutrophils and macrophages is believed to be a way adopted by the immune system to protect the lungs against the damage caused to the lungs due to cigarette smoke.

However, a long-term release of neutrophils and macrophages by the immune system can result in inflammation in the lungs, which can worsen the symptoms of emphysema. The inflammatory changes in the alveoli of the lungs can reduce their ability to enlarge or collapse during inhalation and exhalation, respectively, due to which patients can develop difficulty in breathing over time.

The results of this study have revealed the role of the immune system in triggering the causes of emphysema, especially chronic inflammation. This is why taking steps to regulate immune system functions is highly recommended to control the development of this disease. 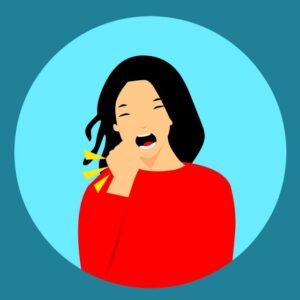 Research studies aimed at assessing B cell adaptive immunity profile in patients with emphysema have suggested that the immune cells have the potential to control the development of this disease.

The research study has also shown that our body tries to minimize the ‘collateral damage’ caused due to the abnormal functioning of the immune system while fighting infections in the lungs.

When bacteria, viruses, or other pathogens enter the lungs or respiratory passages, the immune cells fight back to neutralize the danger. The immune cells release toxic enzymes that can destroy invading organisms.

However, these enzymes also cause damage to the surrounding lung tissue. This can trigger the development of emphysema.

Patients who have a weak immune system tend to develop recurrent respiratory infections. And the collateral damage caused by immune cells while healing these infections can leave lung tissue, including alveoli, damaged. This is how a weak immunity or the response of the immune system to infective pathogens can contribute to the causes of emphysema.

Cigarette smoke–induced emphysema can exhaust the cytotoxic CD8+ T cell response of the immunity. As a result, the risk of lung cancer may worsen, especially in patients who have a history of chronic smoking.

The long-term damage to the lungs can lead to abnormal changes in the alveoli and other pulmonary tissues. This can result in the development of cancer. While the risk of cancer is high in patients with emphysema, the tendency may worsen further if the patient has a weak immune system.

Also, tumor cells can create inflammatory conditions that are regulated by immune cells. This indicates there is a need to understand and regulate the functions of the immune system in order to prevent the complications of emphysema such as lung cancer.

Patients diagnosed with emphysema are advised to use immunity-boosting supplements such as BioPro-Plus to help strengthen their immunity and aid in reducing the risk of repeated lung infections. This supplement would also assist in regulating immune system functions to control inflammatory changes in the lungs while also aiding the reduction of the risk of complications such as cancer.

How Does an Abnormal Immune System Contribute to the Causes of Multiple Sclerosis?