Burning the Midnight Oil? It Could Be Harming Your Immune System 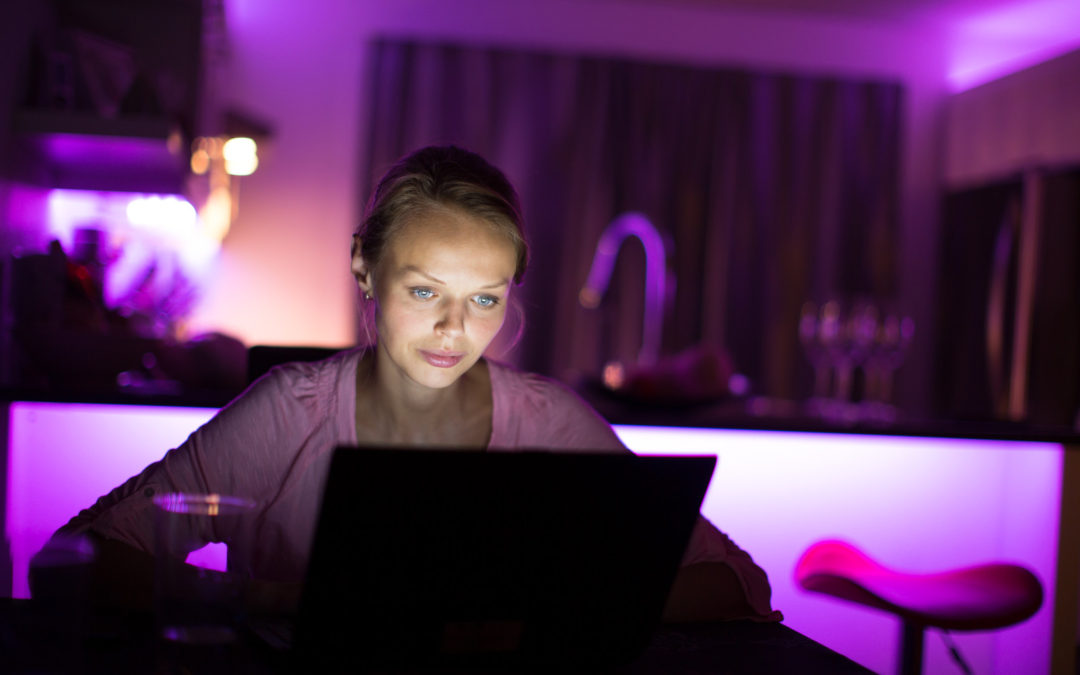 Night owls, take note. Those late-night sessions spent in front of the television or computer screen may harm your immune system. The immune system that protects you against foreign invaders, such as bacteria, viruses and tumor cells, is a finely tuned system when it works properly. This multi-faceted system is capable of launching a focused attack against pathogens without harming normal tissues. Pretty impressive, huh? On the other hand, an overly aggressive, unregulated immune response can lead to inflammation and tissue damage. That’s why immune system balance is important for good health.

What keeps your immune system balanced? As you might expect, your brain and nervous system play a role. Experts now know that your body’s internal timekeeper plays a role.  A portion of your brain called the suprachiasmatic nuclei (SCN) is home to your body’s internal biological clock. This “master” clock is “set” and finely tuned by light entering your eyes. In response to light exposure, your brain produces chemicals like melatonin that help regulate your sleep-wake  as well as hormones and protein that influence a variety of other functions, including metabolism and body temperature, in a cyclical manner. These cycles are referred to as circadian rhythms and are orchestrated by your trusty, internal biological clock.

As it turns out, your body’s internal biological clock also influences how your immune system functions. Researchers at the University of Texas Southwestern Medical Center in Dallas found that when they shifted the times mice were exposed to light, similar to what happens when humans stay up late at night, it altered production of a certain type of T helper cell called TH 17, a type of T cell that participates in the immune response to invaders. The mice produced far greater numbers of these cells when their biological clocks were “reset” by light exposure during periods when the mice would normally have been sleeping. The overproduction of TH 17 cells lead to an overly aggressive immune response, consistent with inflammation, in the mice.

What does this mean? The internal biological clock in your brain not only influence functions like sleep – it modifies the activity of your immune system. Exposing your eyes to light at night when you should normally be sleeping can disrupt your body’s circadian rhythms and throw your immune system out of balance. Jet lag and working night shifts would have a similar disruptive effect.

Another study showed changes in circadian rhythms affect the ability of mice to fight off infection. If the same is true in humans, you may be placing yourself at greater risk for infection OR inflammation due to an inappropriate immune response when you pull regular late – nighters.

Turn off the light, computer, iPhone and other electronic gadgets as early in the evening as possible. Ideally, head to  bed no later than 10:00 P.M. Stick to a regular sleep schedule and sleep in a pitch black room with as little light as possible. Just as importantly, make sure you’re getting enough sleep. Lack of sleep increases levels of a hormone called cortisol, which can reduce your body’s ability to mount an effective immune response.

Science/AAAS News. “Why Late Night Are Bad for Your Immune System”