11 Herbs & Spices that Fight Cancer – Spice Up Your Food & Health 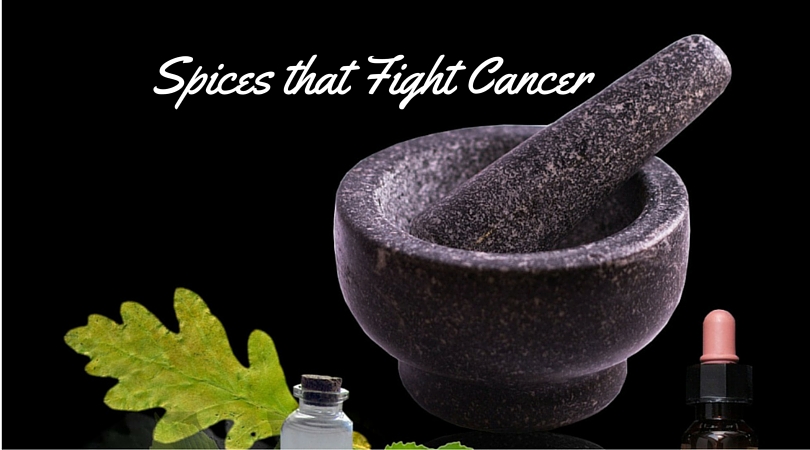 Historically, spices have played a significant role.  Even explorers like Columbus were trying to find India in search of spices. Spices and herbs are not only used for flavor, garnish and color, but also as medicine for their potential health benefits.

Recent studies show that certain food items can be effective weapons against cancer. The Journal of Nutritional Biochemistry says that, “A growing body of epidemiological and preclinical evidence points to culinary herbs and spices as minor dietary constituents with multiple anticancer characteristics. This review focuses on the antimicrobial, antioxidant, and antitumorigenic properties of herbs and spices; their ability to influence carcinogen bioactivation; and likely anticancer contributions.”

Herbal Medicine: Biomolecular and Clinical Aspects 2nd edition says that, “Herbs and spices are beneficial for us because of the antioxidants, but their health benefits may also come from their ability to influence a number of cellular processes, and their ability to boost your energy and metabolism.”

Below is a list of 11 spices and herbs that are known to reduce the risk of cancer and boost the immune system.

Ground allspice arises from the dried unripe berries of the tree Pimenta dioica. It’s a wonderful spice, and the benefits of this spice are often neglected. Allspice is claimed to have antioxidant, antimicrobial, anti-inflammatory, anticancer, and antitumorigenic properties. 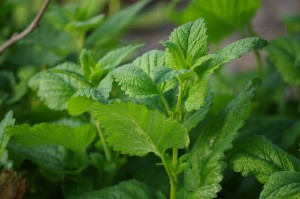 If you are familiar with Italian, Asian, and Indian cousins, you are probably already familiar with basil. Sweet basil is probably one of the most commonly used culinary herbs in many exotic dishes.

It’s also one of the most frequently examined herbs for its health benefits. A variety of components such as 1, 8 – cineole, linalool, eugenol and estragole, make basil an anti-fungal, anti-inflammatory, antioxidant, antibacterial and antiviral herb, and also a powerful cancer fighter.

The cayenne is known as the cow-horn pepper, bird pepper, aleva or red pepper in its powdered form. It is a hot chili pepper used to add flavor to many hot and spicy dishes. It becomes red when ripened, but can also be eaten while still green. It’s known to boost body temperature, help in weight loss and curb appetite. It has capsaicin that helps prevent prostate cancer and kills other cancer cells in the body.

Cinnamon is a popular medical spice around the world. It comes from the bark of an evergreen tree, belonging to the Lauraceae family. Cancer fighting ingredients in cinnamon include cinnamaldehyde, eugenol, terpinene, carvacrol, pinene, linalool, safrole, benzyl benzoate and coumarin. 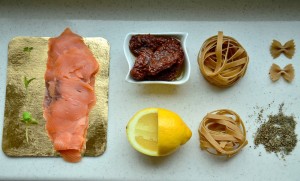 Cilantro or Chinese parsley is a common ingredient for cooking in many countries of the world. The fresh green leaves are also edible as salad or garnish. One of the powerful ingredients of cilantro is linalool, which promotes the hepatic antioxidant system.

Dill is a perennial herb which grows in the early spring or in the autumn. Both its seeds and green leaves are useful. Dill is known for its detoxifying properties. It also helps protect cells against free-radicals and maintains cellular oxidation-reduction balance.

Fennel belongs to the Apiaceae family. This hardy, perennial, umbelliferous herb is very popular around the world. It’s loaded with phytonutrients and antioxidants that effectively fight against cancer cells.

Garlic has been one of the most commonly used spices around the world and also in the natural medicine realm. It’s known for fighting cholesterol, high blood pressure, and also used for weight loss. Garlic is especially becoming a center of attraction among naturopath practitioners, due to its cancer fighting properties. 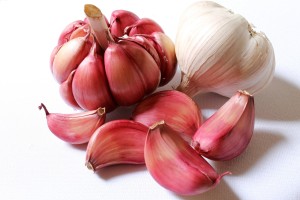 Turmeric has been used as an herbal medicine for many years in Eastern Ayurveda medicine. It’s also used as a spice and to add color in food. It’s a strong antibacterial and antifungal plant that contains powerful polyphenol Curcumin, which is powerful against cancer cells.

Ginger has many health benefits. Chew a piece of ginger during meals and you’ll be able to digest food better. It also helps with stomach irritation, and it’s especially known for its body warming, it’s antitumorigenic properties and anti-inflammatory properties.

Did you find this article useful? Please add your comment below in the comment box and let us know your thoughts on this, it would greatly inspire us. We would appreciate your feedback on our Facebook page as well.