How the Immune System Supports Surgery Recovery of Patients

Surgical procedures can range from minor surgeries performed for abscesses to major surgeries for cancers and organ transplants. The immune system of the patient plays a role in supporting the recovery as well as the outcome of the surgery. Here is a brief discussion about how an efficient functioning of the immune system can help in faster surgery recovery for patients.

The importance of the immune system in surgical procedures

Patient-specific state of the immune system before any surgery strongly correlates with post-surgical recovery.

It is recommended that the risk-stratifying patients as revealed by their predicted recovery profile could indicate the need for an individualized perioperative management strategy for reducing the need of antibiotics and painkillers. And the strategy should ideally involve taking steps to enhance and regulate the functions of the immune system.

Also, the interrogation of the patient’s immune state before the surgical procedure can help predict the chances of success and recovery in the post-surgical phase.

These findings are based on the evaluation of the patient’s pre-surgical immune state, including the cell-type specific intracellular signaling responses. It has been found that the recovery of patients after the surgery is faster when the factors determining the functions of the immune system were stronger in them.

Convergent findings of the pre- and post-surgical analysis has also provided validation that the immune system correlates and plays a critical role in the recovery process.

The results of this study point to the need to ensure optimum functioning of the immune system before the surgery to ensure better outcomes. 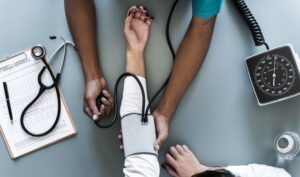 The patient’s immunity can help to regulate the body’s response to pain stimulus after surgery and thus, help to minimize postoperative pain.

Impaired immune system functions during the perioperative period have been found to be associated with adverse outcomes. A research study was consulted to investigate the postoperative immune functions by analyzing the functionality of the mononuclear cells in the peripheral blood and cytokine production in participants undergoing major abdominal surgeries.

The result of this study has suggested the need to support immune system functions in order to enhance the body’s natural ability to heal and recover faster.

Surgery recovery and your innate and acquired immunity 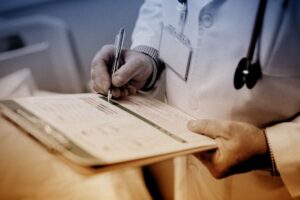 Surgical trauma can affect the functions of the innate and acquired immunity. It has been revealed that the severity of immune dysfunctions could be proportional to the extent of surgical trauma. It depends on several factors including the risk of infections and the patient’s nutritional status.

Since these mechanisms are regulated by the immune system, it is advisable to ensure an optimally functioning immune system in surgical patients.

Hence, it is advisable to use immunity-boosting supplements before and after surgeries. Patients who are undergoing a planned surgery can start using Bio-Pro Plus before the surgery to increase their chances of a successful outcome. It would regulate the functions of the innate immune system while also boosting the body’s defense mechanisms to prevent infections.

The role of immunity in the causes of hypertension