Suntans on children ‘are not healthy’ – BBC News 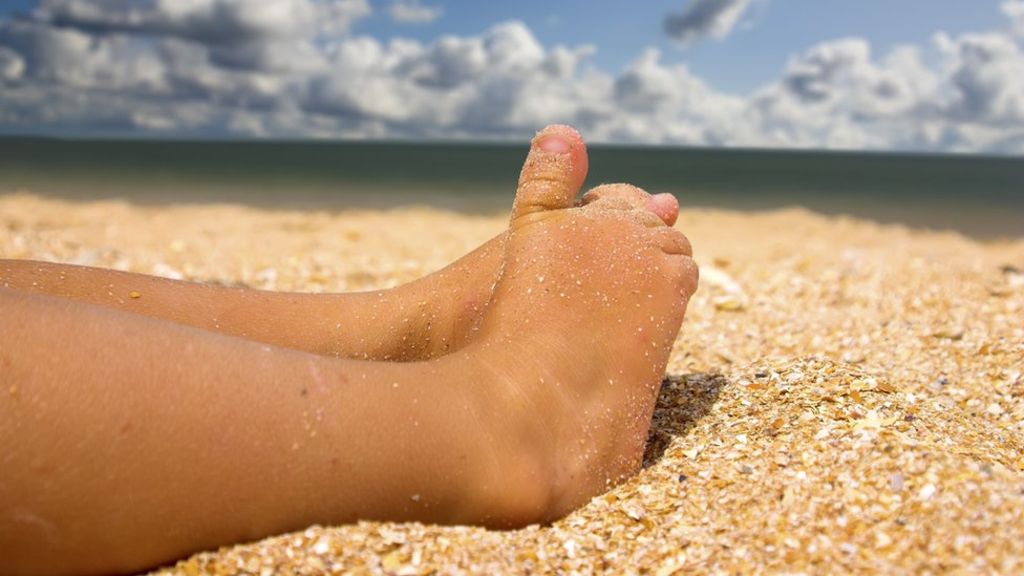 A suntan is a sign of skin damage, not glowing health, NHS England and the Met Office are reminding parents in Britain just days after a heatwave.

A survey suggests a third of parents mistakenly believe going brown is good for children.

The findings come from interviews with 1,000 parents with children aged 11 and younger.

Hottest June day since summer of 1976 in heatwave

How to keep your baby safe in hot weather

Second-degree burns from the sun

One in 10 said they had told their child to take their top off in the sun “so they don’t get tan lines”.

More than one in five (21%) of the parents said they would think about applying sunscreen only if their child started to go red and burn.

What is a tan?

A tan will not stop the sun’s harmful rays from causing harm.

It is actually a sign that the skin has been damaged and is trying to protect itself.

After our skin has been exposed to sunlight, cells called melanocytes produce more dark pigment, called melanin, in an attempt to absorb further UV radiation, and so the skin becomes darker.

You can’t feel UV radiation, so it’s very easy to get sunburnt in the UK, even when it’s not particularly warm.

Children and babies have more sensitive skin than adults.

Infants aged under six months should be kept out of direct strong sunlight.

From March to October in the UK, children should:

“UV levels are usually highest between May and September. Clouds don’t always stop UV rays, and unlike the sun’s warmth, it’s difficult to know when they may be harming you.”

She said parents could check the UV forecast on the Met Office website or app.

Dr Nigel Acheson, from NHS England, said although exposure to some sunlight was good for boosting vitamin D levels, people should not overdo it.

“We typically recommend that people spend no more than 10 to 15 minutes in the UK summer sun, unprotected, several times a week,” he said.

“People who spend more than 15 minutes in the sun on any given day, should apply sun protection factor 15 or higher.”

Nicola Smith, from Cancer Research UK, said: “There’s no such thing as a safe tan, from the sun or sunbeds.

“A suntan is your skin’s way of trying to protect itself from too much sun. And a sunburn is a clear sign that your skin has been damaged.

“While everyone needs a little bit of sun for vitamin D, most children and adults get enough from a short amount of time outside, less than it takes to burn.”