How Immune Function Changes with Age 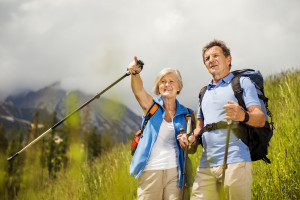 Just as the rest of your body ages, so does your immune system. Aging of the immune system is called “immunosenescence.” Experts believe immunosenescence partially explains why older people are more susceptible to certain health problems and more likely to succumb to infectious diseases like influenza and pneumonia. In fact, influenza is the most common cause of death due to infectious disease in people over the age of 65.

The Role of the Thymus Gland and T Cells

Aging also takes a toll on the innate immune system, the portion of the immune system that acts as the first line of defense against viruses and bacteria. These cells, including macrophages, neutrophils and dendritic cells, act as “first responders” when a threat enters the body. With age, these cells become slower to react to threat. In some cases they become dysregulated. Dysregulation can lead to damaging, low-grade inflammation. This type of low-grade  inflammation is linked with a variety of diseases of aging including type 2 diabetes, heart disease and cancer.

Most people know a healthy immune system protects them against viruses and bacteria. Fewer people recognize the role the immune system plays in cancer prevention. It’s the immune system’s job to quickly and decisively eradicate tumor cells that pop up and keep them from spreading to other tissues. One type of immune cells that plays an essential role in doing this is the NK or natural killer cell. Activity of NK cells declines with age and is lower in elderly individuals.

The immune system is important for health and its ability to protect against disease declines with age. It becomes less efficient at reacting to foreign pathogens and keeping cancer cells in check. In other cases, it over-reacts and triggers inflammation or an autoimmune disease. That’s why it’s important to make immune health a priority as we age.

Based on what we know about immunity and the role of Thymus proteins you owe it to yourself to go to the link below to investigate and buy a unique Cellular Immune supplement called BioPro-Plus™ that may provide life changing events to make your life healthy and happy.  Cheers for good health!

Click Here to Learn More About This Amazing Supplement!

Endocrine Web. “An Overview of the Thymus”

Medscape.com. “The Immune System in the Elderly: A Fair Fight Against Diseases?”