How are the causes of Rosacea linked to immunological issues? 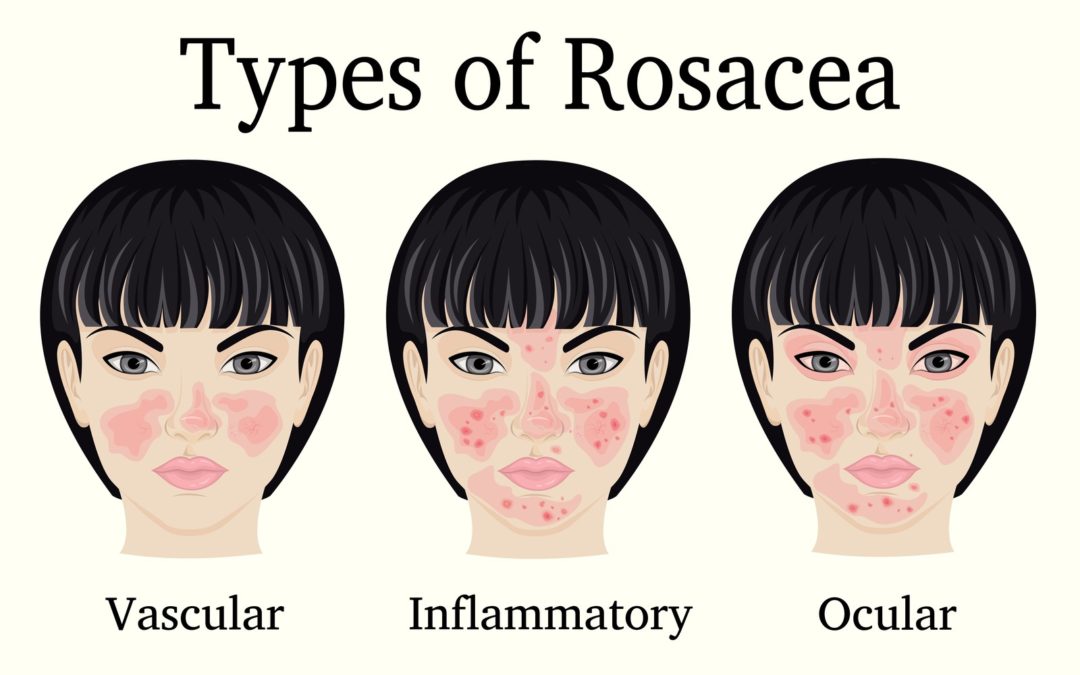 Rosacea is a chronic skin condition characterized by inflammation, erythema, telangiectasia, papules, and pustules. It has been found that these symptoms of rosacea tend to worsen following excessive exposure to the sun or during periods of mental stress. Until recently, not much was known about the causes of Rosacea. However, recent scientific investigations have been able to reveal immunological dysfunctions as possible factors responsible for the symptoms of this disease.

Most lesions caused by acne Rosacea occur on the face, especially the cheeks, chin, forehead, and nose. Patients may also develop other cutaneous symptoms like facial flushing along with a stinging and burning sensation.

The visible signs of this skin disease cause obvious facial disfigurement. Hence, it is important to identify the exact causes of Rosacea and take steps to control and minimize the disturbing symptoms. We already learned in our previous articles how immunity plays a role in the development of other skin ailments like dermatitis, eczema, and psoriasis. Let us continue with this series to evaluate the role of the immune system in triggering the causes of rosacea.

Immunological causes of Rosacea that trigger and worsen the symptoms

Research studies have indicated that an abnormally functioning innate immune system could be responsible for triggering the causes of Rosacea. It was found that there is an increased release of compounds called Cathelicidins in patients diagnosed with rosacea.

Cathelicidins are a form of anti-microbial molecules, which are produced by the innate immune system to combat infections. However, an abnormal response of the immune system results in a higher production of Cathelicidins resulting in a severe inflammatory reaction.

The signs of this inflammatory reaction become visible on the skin in the form of bumps, rash, redness, and pimples that are triggered by the flushing of the blood vessels. This is a common sign that characterizes rosacea and is called telangiectasia.

The results of this study indicated that it is possible to control the causes of rosacea by preventing the abnormal response of the innate immune system.

Another mechanism that can trigger the causes of Rosacea includes the altered pattern recognition receptors that are linked to the immune system. Scientific research has proven that the molecules released by the immune system to protect skin against pathogens such as pattern recognition receptors might be responsible for aggravating the symptoms of Rosacea.

This mechanism results in a heightened inflammatory response due to which there is a dilation of the blood vessels of the skin resulting in rashes, redness and visibly dilated capillaries.

Several research studies have shown that the incidence of Rosacea is higher in patients who suffer from autoimmune diseases like type 1 diabetes, multiple sclerosis, celiac disease and rheumatoid arthritis.

The autoimmune causes of rosacea are believed to be responsible for triggering an abnormal immunological response due to which there is a destruction of skin cells. This leads to an inflammatory response of the body in an attempt to repair the damaged tissue. However, the excessive dilation of blood vessels caused due to the inflammatory response results in the redness of the skin, which marks the development of Rosacea.

The findings of these studies have indicated the need for immunological intervention to control the causes of Rosacea. Patients suffering from this disease are advised to use BioPro-Plus, an oral supplement designed to regulate and aid in improving immune system functions.

BioPro-Plus is formulated to help patients obtain relief from disorders linked to immune system dysfunctions such as Rosacea, Eczema, Dermatitis and Psoriasis. This supplement can help to control the abnormal immune system response thereby preventing an excessive inflammatory reaction and damage to skin cells. This can help to restore the health of skin and reduce symptoms, by controlling the immunological causes of Rosacea. With regular use, BioPro-Plus can help to provide relief from the exacerbations of the skin symptoms caused by Rosacea.