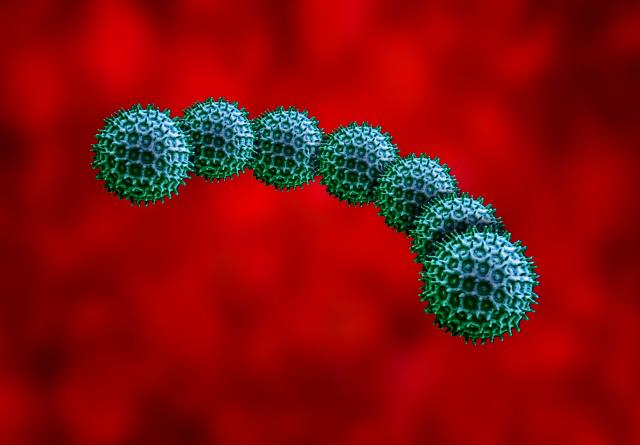 HIV or human immunodeficiency virus is responsible for causing a chronic infective condition called AIDS (acquired immunodeficiency syndrome). AIDS is a syndrome comprising of numerous symptoms. They progress slowly over a period of time and affect almost all the organs and tissues of the body. So finding a way to improve HIV symptoms is of utmost importance.

The virus primarily attacks the immune system and weakens it thus making the person vulnerable to repeated infections. The higher susceptibility to infective disorders can worsen. This happens if the replication of the viruses and its effect on the immune system are not under control.

On the other hand, it is possible to improve HIV symptoms and control the impact of AIDS on the life of patients. We can do this by using supplements that promote and regulate the functions of the immune system.

Let us have a look at the role played by immune cells in the development and worsening of AIDS symptoms and the effective ways to improve HIV symptoms.

How does HIV affect the immune system?

HIV is a virus, which attacks the immune cells called the CD4 helper lymphocyte cells. These are the types of T cells, which play a role in protecting the body against infections. When HIV destroys the CD4 cells, the body’s ability to fight infections reduces. Therefore, even a minor infection such as a common cold can cause severe and long-lasting symptoms.

If not controlled properly, HIV can affect the protective functions of the immune system. Because of this, patients may develop recurrent infections affecting the skin and other tissues. Over a period of time, it can lead to significant damage to the vital organs resulting in the development of AIDS, a syndrome that marks the advanced stage of the HIV infection.

However, it is possible to improve HIV symptoms and prevent the development of AIDS with regular treatment and care aimed at supporting the immune system functions, following hygienic precautions and eating a nutritious diet.

The immune system is the primary target of the virus responsible for causing AIDS. Thus, the focus of the long-term management of this syndrome should be on protecting immune health.

Here is a brief discussion about how HIV increases the risk of other infections. Also, we discuss the need to improve HIV symptoms by supporting the health and functions of the immune system.

How does HIV increase the risk of other infections?

Research shows that the prevalence of MTB (Mycobacterium tuberculosis) has increased worldwide in the last few decades and this rising incidence points to the relation to the HIV epidemic.

Epidemiological data have indicated that the HIV-infected individuals are susceptible to Mycobacterium tuberculosis infection. This infection, in turn, can worsen the progress of AIDS.

The results of this study have revealed that MTB can modulate the HIV infection as was evident from the increasing plasma viral load in the HIV-infected patients before, during, and after the development of Mycobacterium tuberculosis.

There was a drastic rise in the viral replication in these patients during the acute phase of Mycobacterium tuberculosis. The results also showed that the replication of HIV was higher in the CD8+ T cell-depleted lymphocytes in the HIV patients

The results have indicated that the patients who have developed chronic infections due to a low immunity associated with HIV are at a higher risk of developing full-blown AIDS syndrome in the future.

How does strengthening the immune health improve HIV symptoms?

Patients diagnosed with HIV are prescribed antiretroviral therapy that includes the use of antiviral drugs. However, these medications may not be effective in the advanced stages of AIDS. These drugs can only destroy the viruses responsible for the infection. Additionally, they can cause several side effects such as bone loss, abnormal bleeding and high blood sugar levels.

Hence, one should combine the treatment with appropriate measures to boost immune system functions.

HIV attacks and destroys immune cells and makes the body’s defense mechanisms against infections weaker. Hence, it is highly important to take steps to support the health and functions of the immune system.

A stronger immune system would protect the person against the risk of repeated infections and, thus, reduce the likelihood of multiple organ damage and AIDS. It would also improve HIV symptoms and ease the patient’s life.

BioPro-Plus is an immune-boosting supplement that should be used by those infected with HIV to make their immune system stronger and reduce the risk of complications of HIV and AIDS.

How does BioPro-Plus improve HIV symptoms? 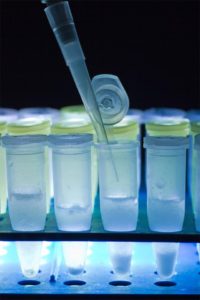 Clinical studies aimed at evaluating the immune-boosting potential of Bio-Pro Plus have revealed encouraging results.

The aim of the study was assessing the effectiveness of this supplement at improving the CD4 concentrations in the HIV patients. The results of this study have indicated that BioPro-Plus, which is a biologically active thymus protein plus Zinc, possesses the potential to enhance and balance immune functions in HIV patients who have resistance to the Antiretroviral treatment.

Regular use of this supplement also helps to improve HIV symptoms, such as weight loss, digestive disturbances and boosts the general health of patients.

There was also a rise in the CD4 cell counts of the patients treated with BioPro-Plus, which demonstrated an improved ability to fight infections.

Therefore, people with HIV should use BioPro-Plus to strengthen their immune system. By doing so they will minimize the risk of repeated infections. This would improve HIV symptoms and delay the progress of AIDS.

How Sugar Damages Your Immune System